People light candles to pay tribute to CRPF soldiers who lost their lives in Pulwama terror attack, at India Gate in New Delhi on Sunday
Photo by Prem Singh

The wounds of Pathankot and Uri are yet to heal. Again 40 soldiers have lost their lives in the worst ever terrorist attack in Pulwama of Jammu and Kashmir. Within no time the dreaded terror organization Jaish-E-Muhammad, which is headquartered at Bahawalpur of Punjab province in Pakistan, has claimed the responsibility of the attack. Interestingly, the Jaish Headquarter is nestled within 9 kilometres distance from the Pakistan army 31 core headquarters, and the world also knows how close Jaish and its chief Masood Azhar are to Pakistani establishment and ISI.

Now, what response one should expect from New Delhi when the entire nation is under tremendous pain and fury? What if, it would have happened with Washington or Moscow?

But before that, let us look back at a ceremony that took place at about 5 years ago. 26th May 2014. In the courtyard of the president house on the Raisina Hills, Narendra Modi was taking oath as the newly elected Prime Minister. And in the ceremony, with many other foreign dignitaries, present was none other than the then Prime Minister of Pakistan, Nawaz Sharif.

Cut to 25th December 2015. Indian Prime Minister flew down to Lahore, to attend the marriage ceremony of the granddaughter of Nawaz Sharif. Though PM Modi’s surprise visit to Lahore was much criticized in the domestic politics, one must agree that the intention behind his visit was to reduce the tension between Islamabad and New Delhi and to create a favorable atmosphere to initiate the bilateral composite dialogue.

But what was the outcome?
Just after eight odd days of Modi’s surprise visit to Lahore, heavily armed terrorists attacked Pathankot air base killing six Indian soldiers. Though a Kashmir-based militant group, United Jihad Council, claimed responsibility for the attack on 4 January, it was suspected that terrorists belonged to Jaish-E-Muhammad. Again on 16th September of the same year, Jaish terrorists attacked Indian army brigade headquarters at Uri in J&K. Some 17 soldiers were killed during that attack. Another 19 to 30 soldiers were said to have been wounded. Again Jaish-E-Muhammad was blamed by India of planning and executing the brutal attack.

This time it is Pulwama. It won’t be wrong to say that many of the attackers in Pulwama were local radicalized Muslims, but there should be no doubt that it was never possible by them alone to execute an attack of this magnitude. They rather had immense support from the other side of the border. From supplying explosives to the technology behind making IEDs, everything was provided from the other side itself. 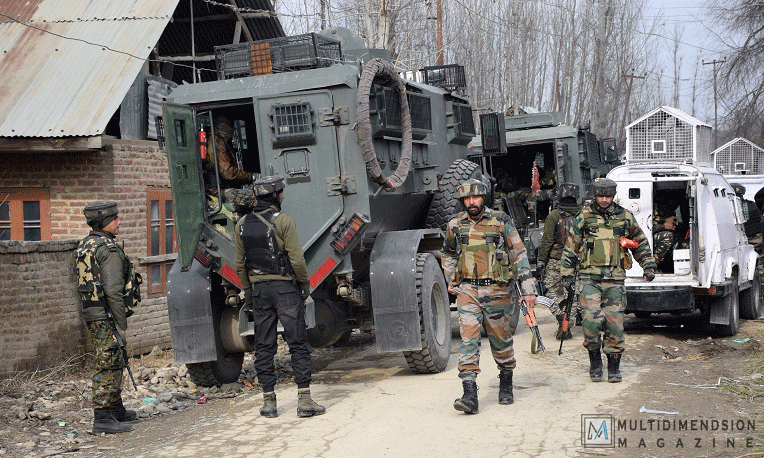 The way Jaish-E-Muhammad has claimed the responsibility almost cleared the air. And after the Cabinet Committee on Security meeting, when Indian Finance Minister Arun Jaitley revealed that there was incontrovertible evidence that the attack had direct involvement of Pakistan based operatives, there was no room for doubts anymore.

Now the big question is what the fallout of this devastation can be.
The very next day of the Pulwama attack, India withdrew the “Most Favored Nation” status given out to Pakistan. PM Modi unequivocally declared that India will give a befitting reply to the perpetrators. He set the hands of the forces free and granted them clear permission. He said, where, when and how the retaliation would take place, would be entirely their choice. At the same time, New Delhi has started the diplomatic parlays to isolate Pakistan. Subsequently, the UN Security Council condemned the Pulwama terrorist attack in the strongest terms and named Jaish-E-Muhammad in the statement. 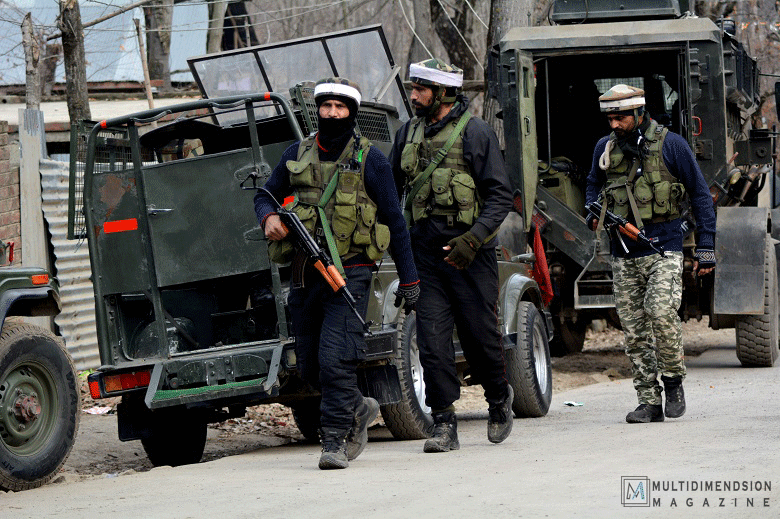 But this was only the diplomatic stance. It can be guessed that the matter won’t stop here. Because, Narendra Modi is not like the other two former Prime Ministers, Dr Manmohan Singh and Atal Bihari Vajpayee. Be it the attack on the Indian Parliament or the Mumbai terror attack, both these PMs in the past had shown fundamentally pacifist mindset in putting global pressure on Pakistan on a strategic level. But Modi has been enough hawkish in his attitude. Hence, after undertaking the surgical strike as the post-Uri retaliation, now Modi has got no option of holding fire for long. Not only his fellow party men but millions of Indians have started believing that only Modi can strike back in the strongest possible manner. And this has got Modi under tremendous pressure in the wake of the Loksabha election of India which is scheduled to be held by April-May, 2019. So now, many in the government think, Modi has no plan to restrain and such an eventuality is inevitable.

Meanwhile, Pakistani Prime Minister Imran Khan held a meeting with the top security personnel and announced that the Pulwama attack was planned indigenously. Khan too authorized the military to respond to any aggression by India.

However, it is known that no elected Prime Minister, in the recent past had the final say on such issues in Pakistan. Moreover, Imran Khan is believed to be the weakest of them all. So, the decision to engage in any escalatory cycle of retaliation will be that of the army’s and the ISI’s.

Now, the fact of the situation stands, the tension between the two neighboring countries is mounting and will take really long to de-escalate. Let us see how it unfolds.