And the Hero appeared !

I know that the hero of a story doesn’t come at the end of it and we wouldn’t have made the title like this since it would end the curiosity of the readers. The fact is I wasn’t expecting neither a hero nor a story. I went there as an ignorant tourist and all that I was getting was beyond my expectations. So I’ve no right to pretend to be intelligent, by writing an organized story. I’m merely noting down what happened to me, step by step, staying as close to the facts as possible. If it adds up to look like story I would say that I’m plain lucky. If there is a hero, the credit goes entirely to this wall.

Coming back to the point; after the “DH Reiter’s” artwork and the creative writing “Need Weeds”, I saw a boy sitting not very far away. He had a grey jacket and some green bottles near him. No doubt these were beer bottles. He could have been a beggar. Those who lives in Europe are familiar with such people. They are the homeless. That doesn’t mean that they are poor. Some of them has chosen this life, while others just left their unhappy homes and never went back.

I started getting closer to the boy. Not because I was curious but I wanted to see the picture hidden behind him. 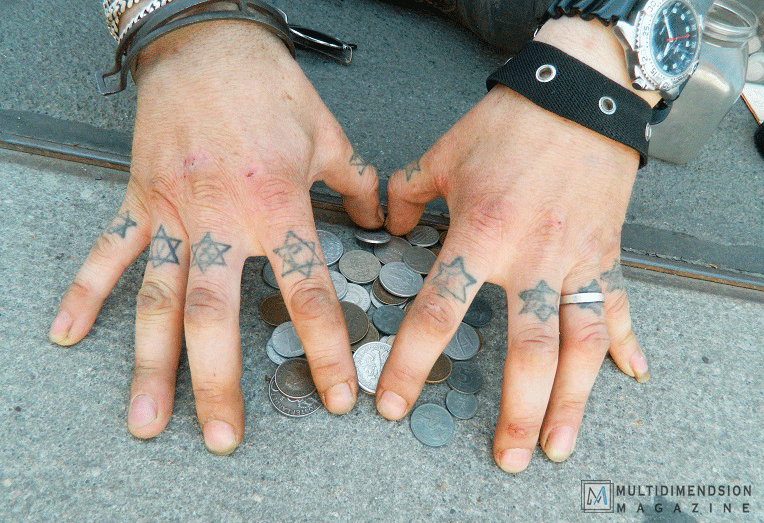 Once, I got in front of him but before getting to see the picture, I saw some plastic vials full of coins. “What the hell was the boy doing!” I thought. Who will give him money if they see that he already had a lot ! And what if someone takes one of the vials and runs away! It was difficult for me to stay any longer, because he was not only dirty but stinking of alcohol. But I couldn’t leave without asking him, “Why are you sitting here with all these coins?”

After having asked such question I wasn’texactly expecting an answer, rather was busy thinking what this“alcoholic madman” could do to me! Wouldhe run after me with a …

He put my fears to rest and answered my question, if I wasn’t mistaken seemed, with a little smile and what seemed like awakened interest. “These are coins are from different countries.” He stopped for a moment and said again, “For example, this one. This one is a Deutschmark from 1925.” He handed me the coin. I saw the two sides of it. On one side, was written “1925, Deutschmark”.

“…and see this!” said he… “This one is of course a Deutschmark, but from West Germany”. “And this is from Soviet Union and this…” and he continued. He kept showing me one coin by another and the story behind it. I was surprised to see his knowledge of them! I asked him again, “what do you do with these coins? Do you sell them? Is that your business?” Once again I was embarrassed at my own stupidity. Why was I talking about “selling and business”. Couldn’t I just ask what he was doing with them and shut my mouth up! 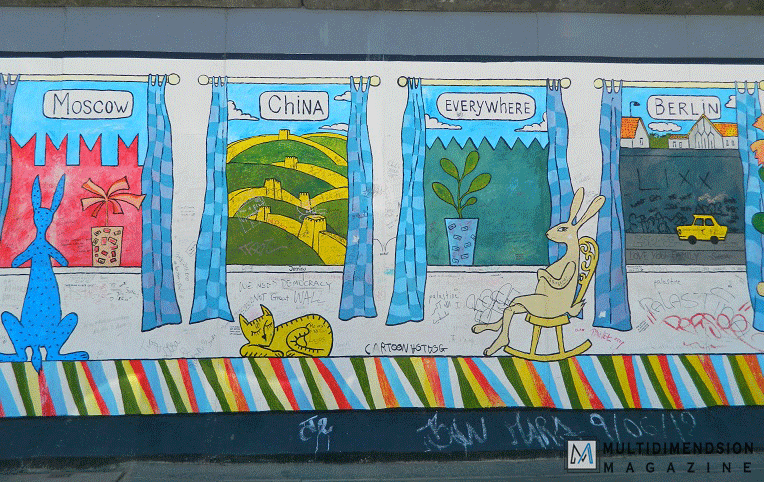 But once again, my unexpected protagonist proved his patience. After thinking a while he said,

“Business… well, yes, it is a kind of business. The tourist who come here give me their coins and I give them mine. I exchange actually. Oh yes, these are double of what I already have. That’s why I’m exchanging them”.

When, Mr Homeless was telling me about his coins, I had noted that he had some tattoos on his fingers. I could also see some tattoo artpeeping out here and there from the vents in his closshis clothes. I was now busy taking photos of his tattoos. He had stars in his fingers. I asked to myself, “Star again?” 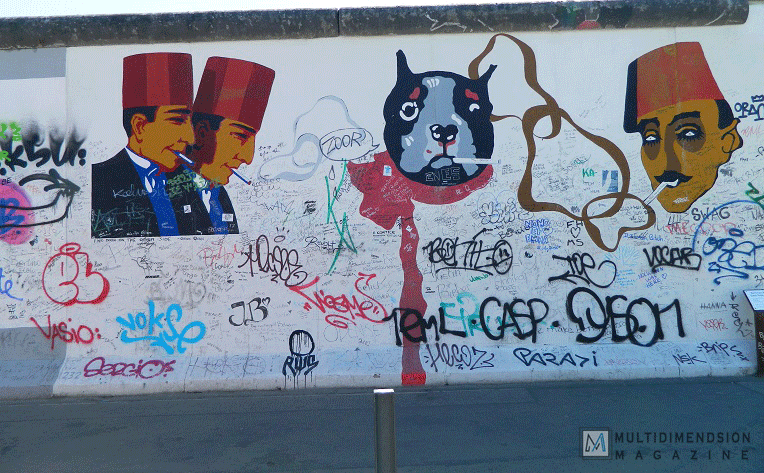 Seeing my interest about his tattoos, he showed me his other hand. He had some more star tattoos on it! Now, without taking any risk, I asked him carefully with all my politeness, “why these stars?” He said with childlike excitement, “In total I have 13 stars!!! 10 in my ten fingers and…” he took off his jacket and showed me his left hand and said “here is another!!!”. I have seen a big star tattoo there. “And here… here are the two rest!!” but I couldn’t see any stars there. It looked like a maze. So I asked him, “Where are your stars. And what is this maze like thing?” He answered, “This is the map of Israel!!!”

Now, since he has given me all these hints, will it be very rude or stupid to ask him, just to be sure, “bro, are you a Jewish!” ? I don’t think so. This boy is extremely patient. He will answer me. So I went with my question, 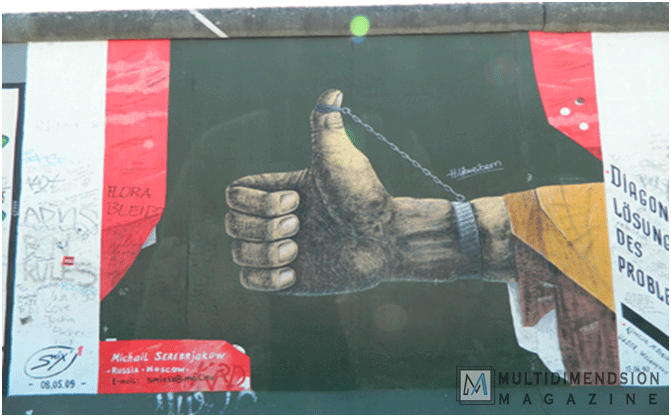 I was speechless! Not because of what had happened to this nation but what was happening to me right now. I was confused whether all these were coincidence or I entered into a tale! I was no longerthinking of this guy as just another homeless person. I felt like being in front of a character from the history books. I could see the concentration camp through his eyes! I could see bodies, frail from starvation and the inhuman conditions at the concentration camp, waiting to be thrown into a gas chamber.

I asked him again, “Were you born at the time of the removal of the wall?” It was difficult to guess his age. May be the hardship had taken a toll on his face.

He answered, “I was very young, around 10/12. I lived far. But when the removal was happening I came to see it”

“Do you know that some real estate company wants to remove it completely? What do you think about that?” “See, this is the perfect time to turn the page of the history. So no need to keep this wall which is a symbol of shame. By the way, this wall is also called the “wall of shame”. But, this is not my logic, this is one of those “ass****”. Why turn the page now! Why didn’t you think of it earlier. Why hiring all those artists and made this wall talk! And since you made this talk why do you want to shut its mouth up!!! You should have abandoned it as it was and then you could make flats or toilets! Who cares!” his eyes were burning. “Come here!” the protagonist run toward a photo, leaving all his belongings behind him. “Look at this picture!”