Story For That Snobbish Englishman – Part I

I arrived in London for the first time in my life on a day like this. I was rather well informed about every single useful detail about the city, such as, the London metro, the address of my hostel, how to go there, which station to get off at and what kind of ticket to buy. There shouldn’t be any big problem apart from the fact that I didn’t get the difference between Oyster card and traveler card. These are actually two types of metro tickets and I needed to know more about it. So without hesitating much I went to the ticket counter and asked the counter guy which ticket to buy, Oyster Card or traveler card.

“Hein!” … I kept watching the ticket seller, my mouth widely open. What was that? Was he saying something or was thata joke? I had absolutely no idea and I didn’t know what to say. So, after searching a while I found a sentence which was hidden somewhere in my brain’s headquarter, that I’ve learned many years ago at high school and never really used, “Can you repeat please!!”. Now, I became very attentive. I cannot miss him this time. He already repeated twice. I looked at him carefully so that I can read from his lips. He said, “ “So”, “I was saying that” “both” “a:” “the” “same!” “Everything depends” “on” “how long” “a:” “you” “going to stay” “here” “in” “London” “and for which reason”. “For example if you are here for a long time and for travelling then Oyster card could be a good idea, otherwise you should go with a traveler card, because with a traveler card you can choose your zones. There are different fare, for example, £5, £10,£15, plus £5 of activation charge.” 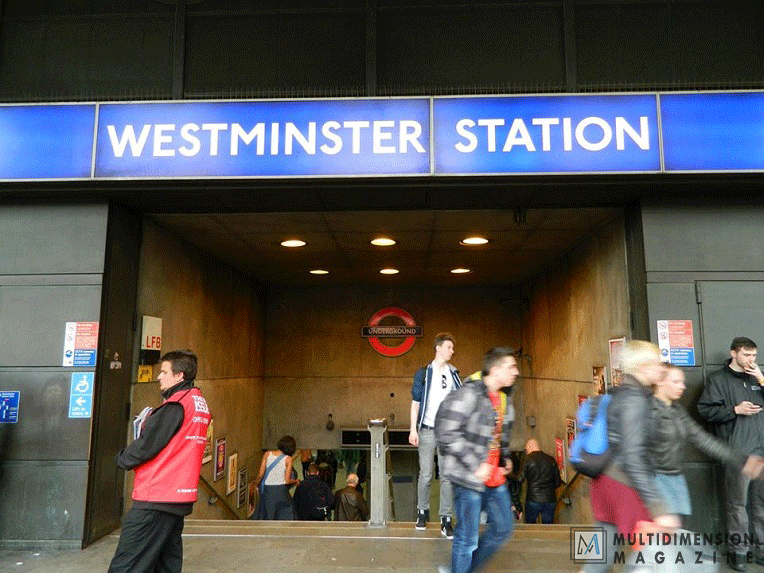 Ladies and Gentlemen I got absolutely nothing! I just wrote down the summary from what I could make out of his hotchpotch. I understood only the words “pound” and “activation charge”, nothing else. As I previously mentioned I knew a few things about London that also includes the ticket fare and the additional 5 pounds of activation charge. The best thing is as I’m going to pay with my credit card and since a metro ticket cannot cost a fortune, I don’t really have to know much about it! After all it was not the fish market at Shodorghat where you can bargain the prize, “bro, can’t you make 10 pounds off for me!”. So without any further delay, I said, “ok ok ok!!! 15 pounds of credit please!”

I was about to take a step forward. At that time another sentence came from the other side of the counter, “havanaiisdeii !!!”

Again, I asked hopelessly, “… hein… what did you say?”

The poor guy without showing any sign of irritation, said, “I said, have a nice day Ma’am!”

I showed my teeth again and run quickly to save my back!

What a shame! Was that me?! After so many travels and uncountable conversation with different people from different corner of the world, that was me in England!
I talk in English in my class! All my teachers speak in English and most of them with a British accent. To focus better to our accent we even have English accent classes. Then where was the problem? 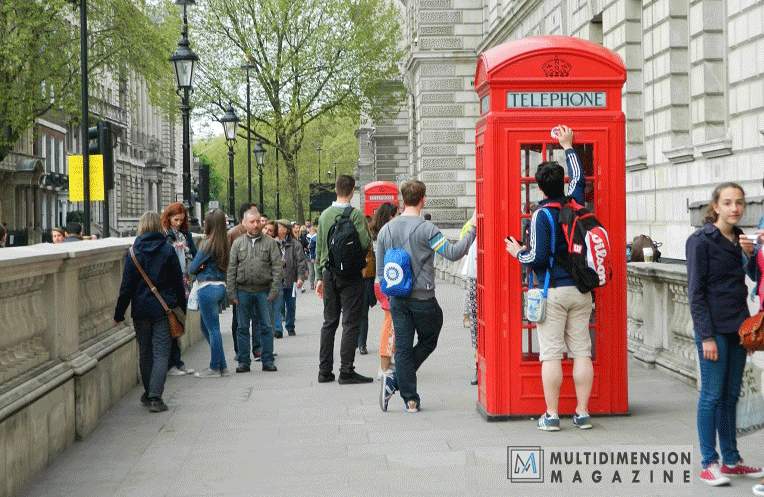 Then I thought, c’mon man! It was not my fault! It was the counter guy who was talking rubbish! He was foreigner may be! Yes! Yes! Yes! He was surely a foreigner! Why I’m blaming myself!

Human beings always feel lighter if they can transfer their burden to someone else. No need to say I was feeling lighter now! I was relieved! It was not my fault, it was the ticket seller!

After a few minutes I was totally convinced that the ticket counter guy was a foreigner, and I absolutely had no problem in my English and from now I was not going to face any further language issues!

I was now about to enter the metro. There are no big differences between London metro and Paris metro. So I didn’t have much problem in taking the right one. All the same, new place, new people, I got a little bit confused. To get rid of that confusion, I asked the smiling young man standing next to me, “Look, I would like to go to Upton Park, am I in the right train?”
The answer was exactly like this, “whoaa?” 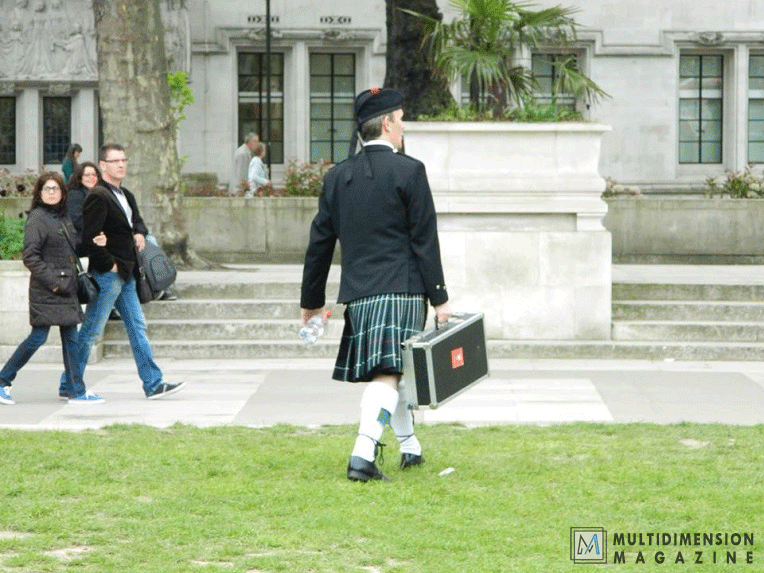 When the English make me listen to that incomprehensible sound, the response « Hein » came automatically from my mouth. I thought a few second, then said, “Oh ok! Ok! You meant “Where”? Right?” …

“Well!” I took a deep breathe, then said, with a strong American accent, « I wannagowtoowApton park! Am I in the righ train?”

As for Mr. English, fearless and unprovoked by my accent, applying even stronger British accent, said, “Oww! Upton paak! Okeii, so hiawi a in the blue line, you have to teik the district line from hiaa!! And then egrlhktùpokjyùpjlup^klpfulk!!!!!!!”

Shit! Shit! Shit! Absolutely shit, Man! I swear, if I was in some summit of the Alps I would definitely jump off from there to save whatever of my prestige that was left! But I was in England! And I had to master the situation! On the other hand, the young English man was now looking at me, surely expecting some feedback!! With a little bit of hesitation, I was about to apply my “Can you repeat please!” theory, but I stopped! I thought, if I apply my theory then he will restart with his alien language. It would be better for me to repeat and ask him whether it was right or not. So I said, «Ok, I have a better plan! I repeat and you say whether it’s ok or not, Ok?” 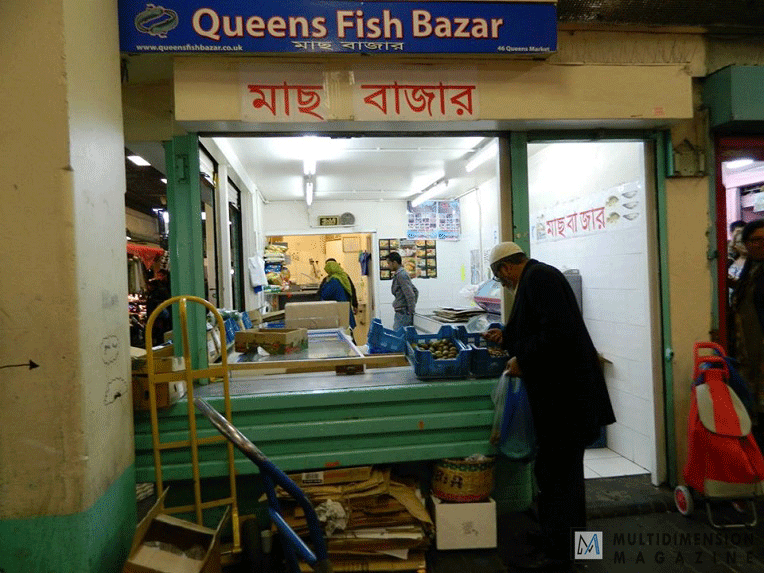 “Ok, so, we have to change at some point here” I pointed the station with my finger where I was supposed to get off “then take the district line to get to the Upton park, right?”

I was irritated with myself and with people’s accent! I was not getting what was wrong with me! I could no more recognize myself. My newly met Englishman seemed to be interested in talking with me. After having seated by my side, he asked me with curiosity, “Wha a u from?”

Before his doubtful eyes I said again, “ah … ha ha, I know my face is saying something else. Well, I’m a Bangladeshi, living in Paris”