You must have heard the term pop music? Well, with the advent of innumerable OTT platforms, and the wide range of content available to the public, we are now welcoming the age of ‘pop’ series/dramas. These platforms offering pocket-friendly subscription packages and multi-user access, host a wide range of dramas, movies and documentaries. Although there is so much content available on these platforms, a few of them become so popular that they go viral for all the right or wrong reasons. These are the series people cannot stop tweeting, instagramm-ing and whatsapp-ing about. These are the series whose memes you dread to see, and go underground till you’ve seen the latest season for fear of bumping into a spoiler. The second season of one such pop series was recently released on Amazon Prime : The Family Man. The internet was flooded with memes and posts about the second season in just a few days.

The Family Man is an Indian espionage action thriller series, with Manoj Bajpayee as the lead. The story of a middle-class man secretly working as an intelligence officer for the fictitious Threat Analysis and Surveillance Cell (TASC), which you may already have guessed is the RAW (Research and Analysis Wing) in the real world. Season 1, which was apparently ‘inspired from daily news stories’ was based on an attack being planned by ISIS. But the source of inspiration, i.e., the ‘daily news stories’ that pops up at the end of every episode of season 1 is no longer present in season 2, which is about the militant organisation LTTE (Liberation Tigers of Tamil Eelam). The LTTE was founded with the aim of securing an independent state of Tamil Eelam in response to the state policies of Sri Lankan governments that were widely discriminatory against the minority Sri Lankan Tamils. What is labelled as a ‘work of fiction’ is actually a historic political movement of Sri Lankan Tamils with numerous turn of events that the scriptwriters have surprisingly taken the liberty to mould for the sake of a crowd-pulling thriller.

The Tamil government in exile has been labelled quite blatantly as a terrorist organisation. As shown in the series, the entire plan for Prime Minister Basu’s assassination is based on personal vengeance for the killing of the chief’s brother Subbu. Moreover, they are shown to have the ISIS’s backing for the mission! These are sensitive issues to be used as a plot for popular dramas, for an uninformed viewer might link the episode to the assassination of the former Prime Minister Rajiv Gandhi, the circumstances for which were extremely different and complicated. In fact, according to the Jain Commission’s report, even some Indian ministers were held responsible for aiding the murderers. Is it then ethical for scriptwriters to use their artistic freedom in such a way? The LTTE were not a group of blood thirsty militants who decided to become terrorists one fine day. Nor were they seen as terrorists by the whole world as soon as they started planning their attacks. The LTTE was banned by the European Union only as late as 2006 after their attack on the Sri Lankan Army commander, and in India only after the assassination of the former PM in 1991. The terrorist designation has not only been contested by the leaders themselves, but Karen Parker, an attorney specialising in human rights and humanitarian law, argued that the LTTE was not a terrorist organisation but an “armed force in a war against the government of Sri Lanka”, calling it a “war of national liberation in the exercise of the right of self-determination”.

We might not have heard about the LTTE in the news of late, but for those who remember, they were highly active from the 1980s up until the previous decade. But for generation Z, watching an intense drama about such a major movement from the comfort of their homes, what does this matter really represent? For youngsters who are unaware of the sequence of events, the ideas behind the movement and the consequences, does this series not create a fallacy? The entire season is filled with falsifications and delivers a ‘fictional’ account of a harsh reality that, if not warned against, can create false interpretations of the reality of this militant organisation. But do the viewers know that this very organisation once had India’s support?

Yes, the viewer’s discretion is indeed required for such series, but filmmakers and script writers need to consider the impact that their fictional account of real events/people can have on the general public. Not just for Gen Z, but even for the older generations of the Hindi-speaking communities who are less acquainted with the exact series of events or the birth of the movement, the show creates a false reality by using bits and pieces of the real events in a totally haphazard manner. The name of the fictitious chief Bhaskaran for example, sounds striking similar to the real LTTE leader Prabhakaran. The assassination plan to fly a plane laden with C4 explosives into the venue of the bilateral talks is actually taken from the 2009 suicide air raid on Colombo in which C4 explosives were packed in the aircraft as shown in the series. The casting of a female protagonist as one of the LTTE militants also adds to the false realism of the show since the role of female fighters in the organisation was highlighted in the news from time to time. Multiple references in the series to the city of Jaffna which was an LTTE-dominated city also adds to the illusion. The use of Cyanide Kuppi (suicide pill) by the members is also repeatedly shown in the series, which is another real element used in the name of fiction. These, and many other segments add to the distortion of real-life episodes and generates a duplicate reality for the vulnerable audience.

In reality, the seeds for Sri Lanka’s ethno-religious conflict were actually sown during the British colonial period when it was still known as Ceylon. The ethnic balance was disturbed due to British imperial interests when they recruited a million Tamil labourers from India to work their tea and coffee plantations. The Tamil-Sinhalese conflict which lasted decades has overshadowed such intricate historical facts about the root cause of the friction that led to a full-fledged civil war for the country. We now tend to forget who these people are, where they came from, and what drove them to such brutality.
BBC documentary : Liberation Tigers of Tamil Eelam by Geroge Arney in annexure (6 parts)

After the Sri Lankan civil war (which was a brutal anti-Tamil genocide) ended in 2009 with LTTE’s defeat, many Sri Lankan Tamils fled the war and settled in South India, where they have been trying to live, work and move on with their lives in peace despite the trauma and loss that had been a part of their lives for decades. The show’s explicit depiction of them as terrorists can recreate hostility against them, when they are only trying to be safe and not threatening anybody.

The fact that The Family Man has become a popular drama and the most watched series on Amazon Prime is actually a cause for concern since it exposes the enormous power that filmmakers and script writers enjoy in today’s world. In the guise of fiction, a political movement sensitive for a particular community becomes a distorted reality for the majority through the medium of a pop drama. Instead of highlighting and endorsing the ideas of a mob mentality, shouldn’t filmmakers give a reality-check to their audience? Shouldn’t they try to acquaint the masses with the complex realities of struggling communities, instead of using their stories to fill their pockets?

About the author :
Simran Saini
French translator at an IT firm and Ph.D. candidate at Jawaharlal Nehru University, New Delhi 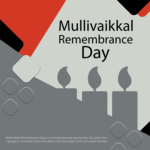