The Accident
On December 13, about 20 miners entered the quarry as Ksan owned by Krip Chullet. After reaching the bottom of the 370 ft deep main shaft, they entered horizontal tunnel holes, generally termed as ‘rat-holes’, as each can accommodate only one person. According to locals, diggers had accidentally punctured the walls of the cave following which the water from nearby Lytein River or the stored groundwater from the adjoining abandoned shaft gushed into it. Five persons were lucky to climb out of the flooded mine, leaving the others behind.

The Rescue
Since then, National Disaster Response Force (NDRF), a 15-member team of Indian Navy divers, 21 firefighters from Odisha and a team of Coal India Limited joined hands with the rescue operation. But they could recover only 3 helmets till date, that’s all. 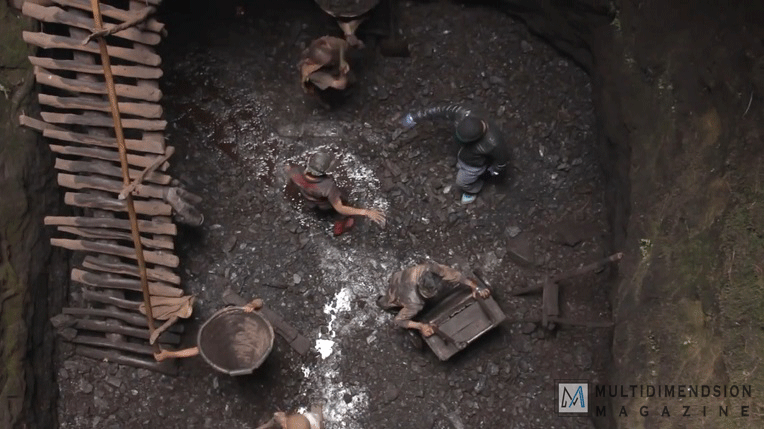 The families are still praying for some miracle to happen but they know very well that chances of survival are slim after over a month and under almost 160 ft deep water. According to Meghalaya’s disaster management minister Kyrmen Shylla, “Only God’s grace can help them to be alive.”

According to the Navy, the water is 160.7 ft deep in the main shaft while the depth from ground level to the surface is 209 ft. The water level must be reduced to 98.4 ft for the divers to go back in as the divers are trained to work maximum up to 40 ft deep under water. 1st Battalion of the NDRF is leading the operation. The leader of the team SK Sastri said, “It is one of the most challenging operations in the history of the NDRF. Our divers are not trained for this kind of a situation.” Same echoed by the Odisha fire service and Coal India as well.

Mining engineer and rescue expert Jaswant Singh Gill, who had rescued 64 people from flooded Mahavir quarry in West Bengal in 1989, is also supervising the present rescue operation. According to him, the case at Mahavir mine was different as there was a safety chamber, where the miners took shelter after water entered the pit. Even the Thailand operation was easier as the entire cave was not flooded. But Meghalaya mine is a closed, deep, single-hole straight pit. 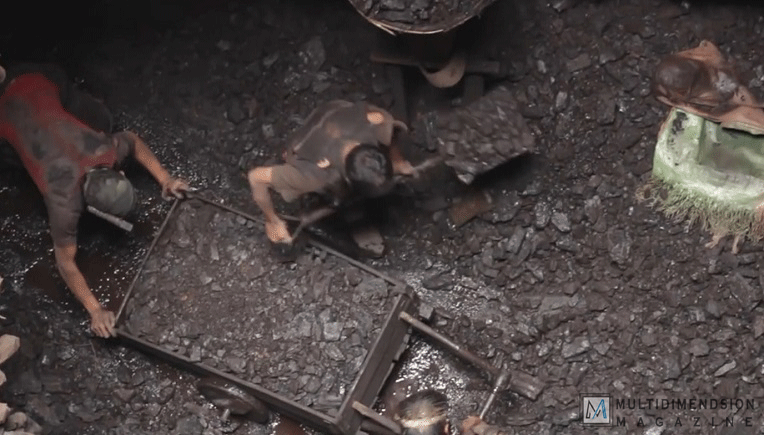 No Hope
In most of the cases, one or more family members of the victims are associated with this risky mining job. Three of the trapped miners are from Bhangnamari village in lower Assam’s Chirang district bordering Bhutan. The families of all three believe that they are dead by now and want the bodies to be retrieved and to get the compensation announced. Solibur Rahman, the father of Monirul Islam, 20, one of the trapped miners too, worked in coal mines in Meghalaya for 20 years. Monirul’s elder brother Manik Ali has also been a coal miner for eight years. Solibur says. “There is so much water in the mine, Monirul possibly died within hours on the very first day. No one can be alive there.”

Another trapped miner Md. Saher Islam, 33, has three children — daughters Morjina and Mafsina, aged five and four respectively, and son Sajidul, 9. The third victim from the same village Amir Hussain has two daughters aged 10 and 7 and a two-year-old son. Wives of both are clueless how to survive. 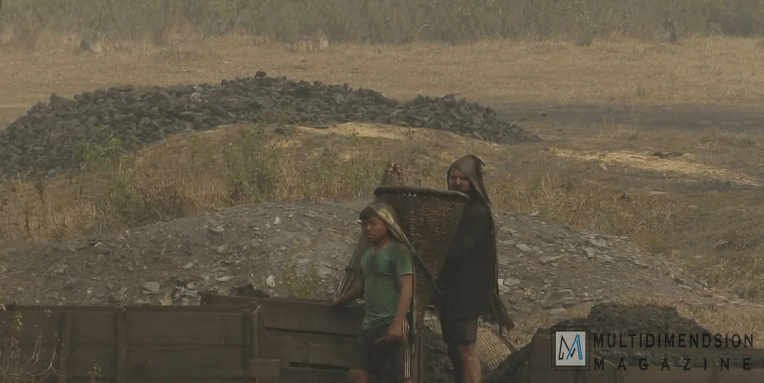 On July 6, 2012, another big tragedy related to coal mining happened at Nangalbibra, South Garo Hills district. 15 coal miners were trapped in an illegal rat-hole coal mine there. Unfortunately, the bodies of the miners were never found. The families of Saher, Monirul, Amir are fearing the same. As the water level in the pits still remains the same as day one, and reduction of the water level to 98.4 ft is a far cry.

Money Matters
Knowing that rat-hole mining is banned and the mines are extremely dangerous why did these people opt for such a job?

The answer is money. The coal mining industry was the biggest revenue earners for the state before the ban imposed in 2014. The state’s total coal reserve is estimated to be more than 600 million tons. Many politicians of Meghalaya, including ministers, MPs and MLAs are said to be the owners of these mines. Even after the ban imposed by National Green Tribunal (NGT), under the patronage of political heavyweights, mining activity still goes on. The mine managers are paying INR 800 to INR 2000 per day per person depending on the experience and expertise they have. Whereas, the daily wage earners in Assam can earn maximum INR 200-250 a day. The lure of much higher pay makes poor villagers enter these rat-hole mines without sufficient safety measures.

Why Banned?
Unregulated mining has led to serious environmental degradation and imperiled workers’ safety. Due to unscientific mining, the water of several rivers has turned acidic. A petition on this was filed by the Assam based All Dimasa Students Union and Dima Hasao district committee who had complained about the pollution of Kopili river downstream due to acidic discharge from coal mines in the Jaintia Hill region. On April 17, 2014, the National Green Tribunal (NGT) had ordered an interim ban on rat-hole coal mining. NGT also considered the death toll during the rainy season due to flood in the mines and the unsafe working conditions of the employees. But even after the ban, illegal practices continue unabated in the state, putting lives at risk every day.

A three-member panel, formed in August 2018 by the NGT, has been assessing the steps taken by the state government to restore the damaged environment. Retired Justice B.P. Kakoti, who is heading the panel, visited East Jaintia Hills and took help from North Eastern Space Application Centre. The satellite data revealed that the mining activities are still going on and there are more than 1000 active rat-hole mines around! But Meghalaya chief minister Conrad Sangma and Deputy CM Preston Tingsong kept on claiming that rat-hole mining is not being practiced widely.

What made the Meghalaya government completely off guard is the attack on social activist Agnes Kharshiing and Anita Sangma. On 8 November 2018, Agnes Kharshiing and Anita Sangma were attacked by coal mafia for capturing pictures of coal-laden trucks in the village of Tuber Sohshrieh in the East Jaintia Hills region. Kharshiing has been vocal about the involvement of politicians in the illegal coal mining business in the state. On the same day, another activist Marshall Biam, chairman of the North East Indigenous People’s Federation filed a police report stating seven people had attacked him demanding the withdrawal of cases by him and members of the Federation against coal dealers, and hinting at police-coal mafia nexus.