There are few adults of sane mind living in Europe who have not been inundated with the wordBrexit in the last couple of years. Not a single day has passed in the last 24 months (since June 2016) that mainstream newspapers have not had the word somewhere on their front page, often multiple times. So, what exactly is Brexit and why are so many people obsessed with it.

The term Brexit has existed for a while though – since 2012 to be exact – but what it means is simply Britain exiting the European Union. Britain’s history with continental Europe has been a checkered one at best. Many Europeans do not consider the Britons as true Europeans, specially since Britain had surged ahead of all other European nations to forge the biggest Empire in history, and went on to create its own Anglo-Saxon, English-speaking world, whose remnants can be seen in the 56 countries of the British Commonwealth representing a third of the World’s population, well beyond Europe. It was only after the swift dissolution of the Empire after WWII that the pragmatic visionaries in Britain felt the need to be an integral part of continental Europe. That of course, was not the case with all of its populace. A large segment felt its sovereignty could not yield or bow down to a higher sovereignty (i.e. that of the European Union. They lived (and still live) in, what I call an imperial bubble. It simply means, living in the past and not accepting present realities – a common human malady. When you have sat on top of the totem pole, any rung below is unacceptable.

The tussle between the realists and the bubble-dwellers,which had been building steadily since the end of WWII, came to a head in 2012 under Prime Minister David Cameron, who, after initially rejecting demands for a referendum on the subject of Brexit, was forced to accept it in Jan 2013, setting 2016 as the target year.

Initially, it was the realists who had led, after the dramatic reversal of the Empire’s fortunes, when Europe was in shambles and the “Inner Six” European countries (West Germany, France, Italy, The Netherlands, Belgium and Luxembourg) signed the Treaty of Paris in 1951 and scrambled to form the European Coal and Steel Community (ECSC), an early precursor to the European Union. Britain saw the immense advantage of such an economic coalition and rushed to join it in 1963, and again in 1967, but were rejected both times by De Gaulle (who had always been suspicious of the English and their primary loyalty to the Anglo-Saxon America and not to the Europe he envisaged). Finally, in 1973 they managed to join the European Group, but long after De Gaulle had died.

But the bubble-dwellers hadn’t given up. As the golden postwar years of economic boom slowly started fading and the belt-tightening process began, they gained strength, mainly by fear-mongering against immigration and everything “foreign” and ultimately blaming the EU for its loss of national sovereignty and independence, and hence its economic wellbeing. There was also the question of identity. For over six centuries (since the end of the 100 Years War in 1453) Britons saw themselves as distinct from the Europeans and could not really see their island bastion as a part of continental Europe. In fact, they see greater affinity with the USA, Canada, Australia and New Zealand, which were also ruled by an English-speaking, Anglo-Saxon establishment. Europeans where shocked when Edward Snowden revealed to the world the existence of a secret intelligence collaboration at the deepest level called “Five Eyes” which was limited only to the USA, UK, Canada, Australia and New Zealand; and did not include a single European nation. It isn’t hard to understand why De Gaulle never trusted the British. He spent most of the War years there and discovered how Churchill had conspired with FDR for his overthrow.

As far back as the early 1980s we find proof of what the British thought of the Europeans. It is in (of all places) a wildly popular television series called,“Yes Minister”. It was a brilliant but biting satire on how the British bureaucracy and the British political system work. The two principal characters are Sir Humphey, the cunning mastermind who controls the British political establishment along with his fellow bureaucrats; and The Minister, who is naïve and bumbling putty in the hands of Sir Humphey. The following is an excerptfrom one episode, clearly portraying Britain’s position on the European Common Market even a few decades ago long before the actual European Union was born:

Sir Humphey:The writings on the wall.

Bernard:If anything we will have to think of something to make the public think kindly towards administration because of the Europass.

Bernard:Minister, didn’t you do your boxes last night?

Minister:No, I was redrafting the redraft of the draft… 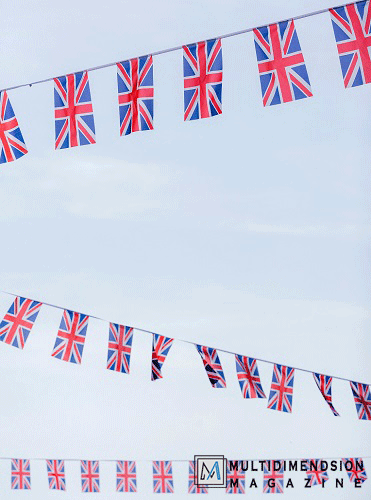 Sir Humphey:Well,briefly, Minister, Brussels is about to decree that there should be a new European Identity Card to be carried by all the citizens of the EEC.

Sir Humphey:The Foreign Office is quite really to go along with it as a quid pro quo for a deal over
the butter mountain, the wine lake and milk ocean… The lamb war and the cod stick… And quite obviously the Prime Minister wants you to introduce the legislation.

Sir Humphey:Yes, it’s well known that you’re pro-Europe, you see… And it would simplify our administration enormously in the long run, so it’s a good idea.

Minister:It’s the last nail in my coffin, that’s what it is!

Bernard:You might get away with it by calling it Euro-Club Express…

Minister:Bernard, get out!Why do we have to introduce it? Can’t the Foreign Office do it?

Sir Humphey:While in fact, that’s the Prime Minister original suggestion but the Foreign Secretary thought this was a Home Office matter and the Home Office took the view that it was essentially an administrative matter and the prime minister agreed.

Minister :They are all playing pass the parcel! Can you blame them when you can hear it ticking…

Sir Humphey:Well, I’m afraid that the identity card bill is planned to be the last action of this department…

Minister: Does the Foreign Office realize what damage this will do to the European ideal?

Sir Humphey:I’m sure they do, that’s why they support it.

Minister:But.. Surely the Foreign Office is pro-Europe, isn’t it?

Sir Humphey:Yes and no, if you forgive the expression. The Foreign Office is pro-Europe because it is really anti-Europe. The Civil Service was united in it’s desire to make sure the Common Market didn’t work. That’s why we went into it.

Minister:What are you talking about?!

Sir Humphey:Yes, and current policy! We had to break the whole thing up so we had to get inside. We tried to break it out from the outside but that wouldn’t work. No that we’re inside we can make a complete pig’s breakfast of the whole thing!

Minister:Surely we are all committed to the European ideal! Really, Minister…

Minister:If not, why are we pressing for an increase in the membership?

Sir Humphey:Well, for the same reason. It’s just like the United Nations in fact. The more members it has, the more arguments it can stir up. The more futile and impotent it becomes.

To be continued in the next edition.