Viral Supermarket Advertisement May Have a Backstory in U.K.-Malaysian Politics

Iceland Foods, a U.K. supermarket chain, released a controversial Christmas advertisement in the beginning of November 2018. The title, “Say Hello to Rang-tan”, reveals the heart of the content: the fatal effects of palm oil production on orangutans in South-east Asia. Formatted as a cartoon, the advertisement features the friendship of a young girl and a baby orangutan, and it reveals the truth about the destruction that comes from palm oil production. In response to the rising deaths of orangutans, as well as the deforestation and global climate change, Iceland Foods publicizes that they will be removing palm oil from their own brand products.

The controversy of this advertisement began when it was banned from television for being too political. Clearcast, an agency that pre-approves ads, did not accept the Iceland advertisement because it was originally created by Greenpeace. A spokesperson for Clearcast told The Guardian: “Clearcast and the broadcasters to date have been unable to clear this Iceland ad because we are concerned that it doesn’t comply with the political rules of the BCAP (Broadcast Code of Advertising Practice) code. The creative submitted to us is linked to another organisation who have not yet been able demonstrate complicate in this area”. The organization that Clearcast is referring to is Greenpeace, who they define to be a political organization, and therefore, a violation of the 2003 Communications Act.

The ban incited international attention and a debate as to whether the advertisement should be allowed on television. Iceland’s founder Malcolm Walker said “This was a film that Greenpeace made with a voice over by Emma Thompson. We got permission to use it and take off the Greenpeace logo and use it as the Iceland Christmas ad”. The response to this ad, which has gone viral on YouTube and other platforms, has been overwhelming and over 1 million people have signed a petition on Change.com asking Clearcast to reverse their decision. 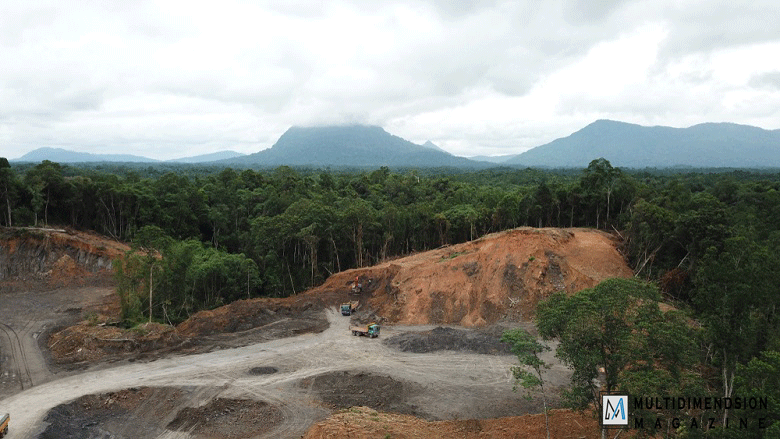 No changes have been made yet by Clearcast and they hold fast to their reasoning that the ad’s affiliation with Greenpeace makes it too political for television. However, this is not the first time that palm oil production has been a political matter in the United Kingdom.

In January of 2018, the European Parliament proposed a ban on palm oil in bio-fuels, and the U.K. was a part of this European Union plan. This new directive intends to phase out palm oil by 2030, and this will affect the countries that commercially produce palm oil. Malaysia and Indonesia produce eighty-five percent of the world’s palm oil, and these countries were unsettled by the proposed ban. Though Malaysia and Indonesia were both upset with the EU, Malaysia was particularly concerned with involvement of the U.K. in the new policies.

The bilateral trade relationship between Malaysia and the U.K. includes £68 million worth of arms export licenses, and the defense sales of Eurofighter Typhoon fighter jets. British officials warned that the ban on palm oil in bio-fuels could harm the defense sales between Malaysia and the U.K. The United Kingdom Department of Trade stated, “There is a strong trade and investment relationship between the U.K and Malaysia. As we leave the EU, we look forward to deepening our engagement with emerging markets in South-east Asia”. The £68 million worth of arms export licenses is just one example of the way that the U.K. stands to profit from their economic relationship with Malaysia.

Brexit, in this case, eased the Malaysian tensions over the proposed EU ban. The Malaysian commodities minister, Mah Siew Keong, stated that the U.K. is now free from the EU which has “pushed for a more protectionist approach in dealing with palm oil”. Brexit allows the U.K. to keep palm oil in their bio-fuel, no matter what the EU decides to implement in their new policies. By not taking a hard stance on palm oil sustainability, the U.K. is preserving their current and future defense sales with Malaysia.

When looking at the ban of “Say Hello to Rang-tan”, it is necessary to take into account the surrounding politics involved with palm oil in the U.K. These politics extend past the fact that Greenpeace created the video, and into the international sphere. If the U.K had an ad on their television, publicizing that every day twenty-five orangutans die in South-east Asia because of palm oil production, we can be sure that Malaysia would take notice.