In the course of history, Empires rise and fall with periodic regularity. But rarely has one falling, passed on the baton to its wayward cousin across the ocean to carry on and complete its original blueprint for the Empire. The Anglo-American experience is that exception.

Lately, it had been faltering, but today the project got a special shot in the arm. It was a wedding that (like in the old days) was going to cement the two countries, at least at a people’s level. The groom was a British Prince, the bride, American royalty, à la Hollywood. Nobody does pomp and circumstance like these two. One real, the other make believe. Today they combined their skills. The whole world was invited. And they lapped it all up. What Teresa May, Boris Johnson and Donald Trump had failed to do, Harry and Meghan did so effortlessly. The couple itself was oblivious of this of course, because the two are really in love and the wedding was not like Harry’s father’s, a sham marriage, because he couldn’t marry his true love, a married woman at the time. It was real, and therefore all the more powerful.

Ever since they broke off with mad King George, Americans have publicly decried monarchy while secretly pining for their own royalty. They did have Grace Kelly of Monaco, Lisa Noor Hussein of Jordan and Hope Cooke of Sikkim but they were nowhere near the real thing, even though Grace Kelly was a super star in her own right but Monaco is just an oversized casino. Finally, they have their own, Meghan Markle, now HRH Princess Henry of Wales, the Duchess of Sussex, Countess of Dumbarton and Baroness Kilkeel.

One can understand if the British psyché refuses to evolve past its feudal hey days, the lashings of the Norman lords deeply embedded in servile Anglo-Saxon traditions, but why do the freedom loving Americans desire to hobnob with dolled up parasites with fancy titles and even fancier hats? Perhaps the impermanence of their own corrupt and forgettable public figures and robber barons turned corporate moguls with little or no star appeal, compares poorly with a nation that had many more centuries for its own robber barons and their scions, to mature and morph into what people falsely remember as thousand year old traditions of the British royalty. History (real or fake) is the only thing American money couldn’t buy (you might see this soon on Visa and Mastercard’s next ad). 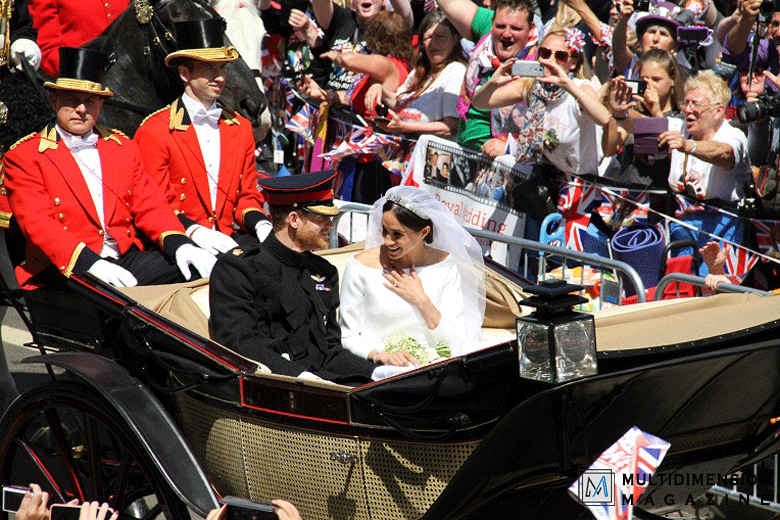 It all ends up with the question of identity. How we look upon others and how we look at ourselves.
The morally and spiritually poor have but one way to measure others (and themselves). Social, economic and political status (no matter how they are acquired). The “haves” in such a case are always held in high regards by the “have nots” (in spite of the envy and hatred that emanates from such envy), while they fantasize being identified with them. Hence, Miss Smith from Leeds and Miss Johnson from Liverpool spend their hard earned money to “make it” for the wedding to the grounds of Windsor Castle even if the Royals don’t give two hoots to their existence. On the streets of Windsor, TYTTV(https://www.facebook.com/TYTBreakdown/videos/420591861751590/UzpfSTczNDIwNzY3NzoxMDE1NzM3NTAxNjc2NzY3OA/) shows us the police clearing up the homeless poor to give the city a shine for the Wedding, which by the way was State funded for the most part.

The Black American Rev Bishop Michael Curry’s sermon was in such contrast to the British traditions that one could palpably feel the deep desire for inclusion of something that was clearly not a part of the original picture. The contrast was almost pathetic. I was expecting the short-tempered and blunt Prince Phillip to say something nasty and racist like he did to Simon Kelner, republican editor of The Independent, at a Windsor Castle reception:

Philip: “What are you doing here?”
Simon Kelner: “I was invited, sir.”
Philip: “Well, you didn’t have to come.”
I think he probably had his hearing aid switched off.

The Brahmins in India had to work hard for millenniums to establish the most exploitative and socially stratified caste system; but to the English working class such deference seems to come naturally. While in America it was Hollywood and television that created the celebrity culture relatively recently. Today, in the presence of the star-spangled glitterati, we saw the two come together; and the magnitude of their success was telling.