When the nation and the world are paying all its attention towards the western border of India, Indian government is silently playing its anti-terrorism diplomacy card on the north-eastern frontier as well. The all-powerful NSCN-K is on the back foot to keep hold on its headquarters at Sagaing division in Myanmar. The mighty ULFA-I and other Assamese and Manipuri militant organisations are also finding it very difficult to get a place there to rest.

The Myanmar Army, commonly known as Tatmadaw has recently occupied the headquarters of the National Socialist Council of Nagaland (Khaplang) in Taga area. Taga was once the self-ruled area under Khaplang and his team. But the kingdom has fallen during the reign of its first Non-Naga Leader Yung Aung.

Yung Aung was not a born Naga. His original name is Nongmeikapam Thoiba Singh and he was born in Ukhrul, a district of Manipur bordering Nagaland. A champion Taekwondo player, Thoiba even represented India in Thailand in the 1990s. But things got a wrong turn when the son of a government school headmaster started working as a spy for a Manipuri outfit! He was jailed at the age of 16 for helping UNLF. He passed his class X exam from Jail itself. He did his Graduation from a Manipur college and got his MA degree in Political Science. But instead of joining a job, deeply anguished with the Armed Forces (Special Powers) Act, Thoiba, a Hindu Meitei, joined the Naga struggle for independence. As per MI sources, for his knowledge of history and politics, Khaplang started liking Aung as his son. Aung called him Uncle. With the help of ULFA-I CnC Paresh Baruah, Aung went to China and Pakistan to get the weapon and other training. 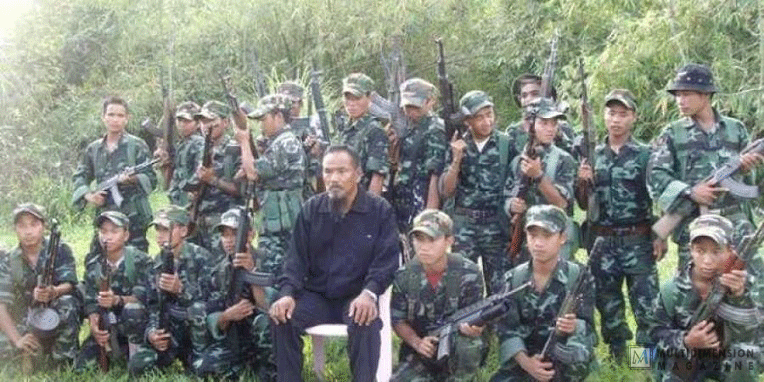 In 2015, Khaplang unilaterally ended the ceasefire and withdrew from peace talks with GOI. NSCN-K with the help of other Manipuri groups started attacking Indian troops in Manipur and Nagaland. In April 2015 leaders of the ULFA, NDFB (Songbijit), KLO and Khaplang of the NSCN-K assembled in Taga in Myanmar to form the United Liberation Front of Western South East Asia (UNLFW) to achieve “united and total struggle” against the Indian establishment. Khaplang was chosen as the chairman. In June, the UNLFW killed 18 personnel while injuring over a dozen others of Indian Army in an ambush in Manipur’s Chandel district. In September, the Ministry of Home Affairs declared NSCN-K an ‘unlawful organisation’ for a period of five years. 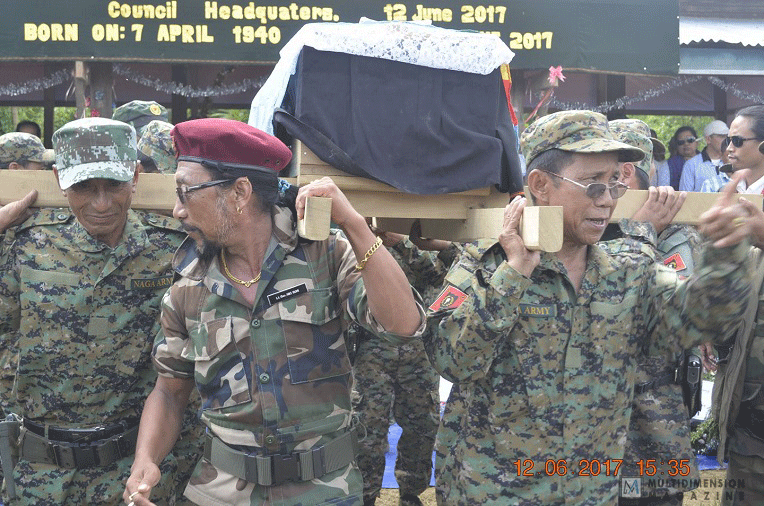 In July 2017, after the death of SS Khaplang, the vice-chairman of the banned outfit Khangho Konyak officially took over as the chairman. But last year in August, 46-year-old Yung Aung, who was the then ‘defencekilonser (minister)’ of the outfit, impeached him. The official statement said: People’s Council by a majority vote ‘unanimously resolved to impeach’ Khango Konyak for ‘violation of party discipline’. The release further states that as per party discipline, Khangho has been found guilty under three conditions, the foremost being ‘absolute control of power and functions without collective leadership, non-distribution of power and functions, exposing a one-man-government policy, which is completely in violation of the Party Yehzabo (Constitution) and discipline’. However, the council allowed Konyak a ‘safe passage’. Khangho and Col Isak Sumi entered India with a handful of loyalists and they are now in a peace process with Indian Government. Khaplang’s close aide and military advisor, one of the most wanted Naga ultra-leader Niki Sumi stayed back in Taga and became the Army Chief of the Naga Army. 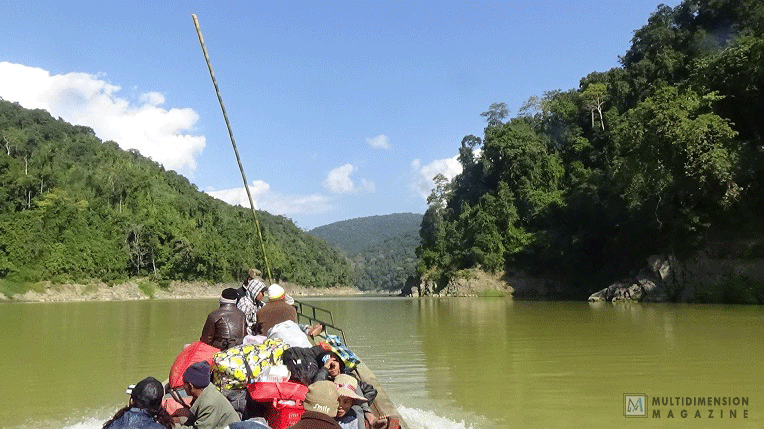 On the way to Taga Camp

When NSCN-K was busy with their internal power conflicts, Khaplang aide Paresh Baruah silently and unofficially took the charge of UNLFW. On the other hand, India started pressing the Myanmar government to drive away the Indian ultras from their soil. For many years, the Government of India has been putting pressure on the Myanmar government to evict the camps of Indian militant outfits. But the Myanmar government had very little presence in that area as Khaplang successfully made Taga an autonomous region for Nagas. Since Naga leaders share solidarity with the Nagas beyond the border and Khaplang signed a ceasefire with the Myanmar government in 2012, the Myanmar government found it difficult in the past to attack Taga. But under the leadership of Yung, who, according to the argument of the Indian Government, a Manipuri by birth, made it easy for Tatmadaw to attack Taga. The Tatmadaw made simultaneous attacks on the Arakan Army (AA), along with in the Indo-Myanmar border as well. AA is a Rakhine insurgent group in Myanmar, founded on 10 April 2009. It is the armed wing of the United League of Arakan (ULA) and is currently led by Major General Twan Mrat Naing. 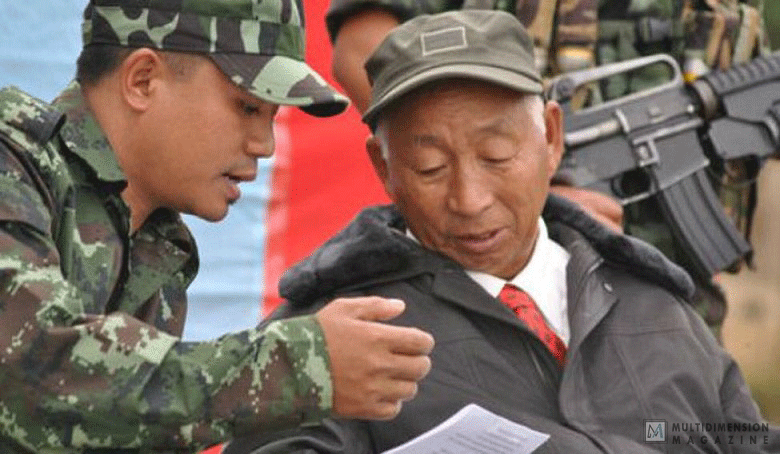 The chairman of Tatmadaw True News Information Team, Major General Soe Naing Oo explained in detail the failure of armed ethnic groups to observe the statement on ceasefire, eternal peace by the Office of the Commander-in-Chief (Army) issued on 21 December 2018, Tatmadaw’s operations to neutralize the National Socialist Council of Nagaland-NSCN (K)’s base camp and its training camps and the activities of AA insurgent group.