Plight of Palestinian Farmers : Background of a Reportage

A few kilometres from Jerusalem, after crossing an industrial area where there is no living soul, one can see from afar the military turrets overlooking the Kalandya checkpoint. As the car gets closer to the casemates, it has to shuffle between the concrete blocks and all kinds of rubbish dumped on the road. A few Israeli soldiers, with assault rifles, slung over their shoulders, vaguely watch the cars go by. That day, the situation is calm, and the soldiers, most of them very young, spend more time laughing among themselves than checking the vehicles entering West Bank. At the entrance of the checkpoint, a huge signboard advises Israelis not to cross the “border” through the Palestinian territories. There is the famous separation wall that is supposed to prevent Palestinians who do not have a traffic permit to enter Jerusalem. All around us, we see construction machinery and Palestinian workers moving towards Kalandya checkpoint, the main gateway to Ramallah, the capital of Palestine

Once past the checkpoint, the first Palestinians you see from your car are young mint tea vendors who have come to earn a few shekels from drivers and passengers who have managed to get there. It was a quiet day, but on other days, it can take several hours to cross Kalandya checkpoint, when it is not totally closed by order of the Israeli army. Another visual that would welcome you in occupied Palestine is the huge frescoes of Yasser Arafat and Dr. Marwan Barghouti. The last one is very popular here who is still being held in an Israeli prison.

I had not returned to Ramallah for at least ten years. At that time, I was working in France Television as a video journalist and came to cover the events related to the Second Intifada. It was impossible to get close to Kalandya. Every day, kids with stones confronted Israeli soldiers who fired live ammunition in response. Every day there were dead people…

Today, Kalandya is calm, as if everyone has resigned as if there is nothing more to be done so that Palestinians can live as free people on their land. 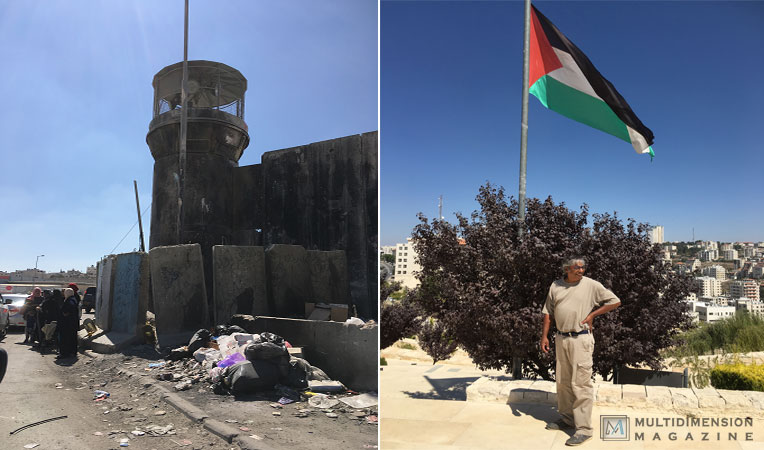 This time, I’m here to film a mission undertaken by AFPS (Association France Palestine Solidarité) and Andines, two French associations supporting Palestinian farmers. For a week, we crisscrossed the occupied West Bank and met Palestinian farmers who produce olive oil, dates and couscous. We were accompanied by Issa, a Palestinian agronomist, who is helping to negotiate purchase and import contracts with Al Reef company that packages and distributes these products. All the farmers we met have expressed their difficulties in working under occupation, especially when the plantations are located near settlements that are expanding or are being constructed illegally.

Sania lives in the village of Alzawiya, a few kilometres from Ramallah. She owns 360 olive trees and produces more than a ton of oil a year. Her fields are located a few dozen meters from the Israeli settlement of Ariel. “From time to time, the settlers release wild boars on our fields that devastate the crops,” says Sania. “They do it for fun,” she adds.

Ibrahim is a market gardener and lives in the village of Wadi Fukin, a village completely surrounded by huge settlements perched on the surrounding hills. “Sometimes the settlers dump their sewage on our zucchini plants, our salads, our tomatoes,” she says. Sometimes they come in large numbers to write insults on our shelters,” says Ibrahim.

It is clear to us that these forms of harassment have only one goal: to dispossess Palestinians of their land to annex the West Bank for good. 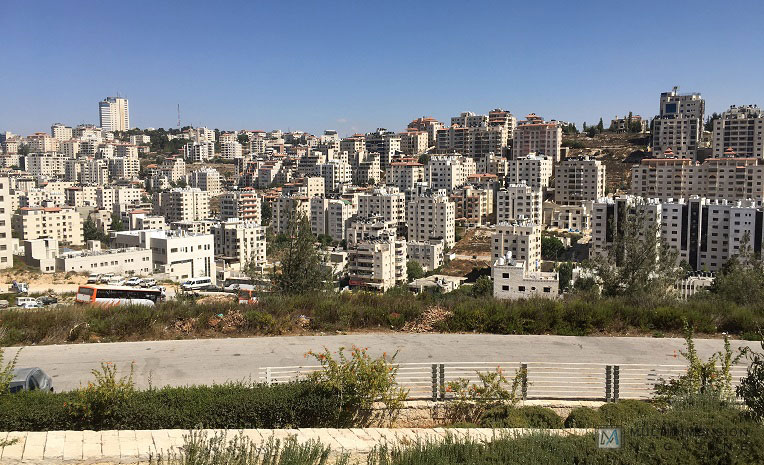 In the region of Jericho, not far from the border with Jordan, “Medjul” dates are produced and packed, which are in great demand on the local market and also have a large export market. This region is in zone C, under the control of the Israeli army. Many settlers have settled in the region to grow and produce dates. Unlike the settlers, Palestinians have very little access to water, as water distribution in this semi-desert region is entirely controlled by the Israeli authorities. Palestinians will adapt by planting varieties of palm trees that grow in saltwater. Palestinian date production is booming and has become an important source of income for the Palestinian economy. The Jordan Valley is precisely the region that the Trump Plan proposes to the Israelis to annex.
“The best way to support Palestinian farmers is to buy their produce,” says Mohammed of Al Reef, a company that exports dates to France.

The message is heard by Guy and Mireille, both volunteers at the AFPS, and by Kevin, co-manager of the Andines cooperative which imports Palestinian products. They strongly believe that the Palestinian issue should not be forgotten on the international agenda and that purchasing olive oil and dates is already an important act of solidarity.